As I sat watching some of my favorite programs on the Savage Network I began to get turnt up from all the Savagery that I was viewing.  Then all of sudden the program was interrupted by the Emergency Savage Broadcast System. A simple test I though but I was wrong. It was a message from the Savage Surgeon General briefing Savages all over the world on the spread of a virus that is only preceded by Squaritis  in its horridness. The Savage Surgeon General appeared on the screen and in an ominous tone read his statement:


"The CDC announces the Drake Effect Epidemic. As global awareness of the Drake Effect reaches its all-time high, more and more cases are seen daily. This epidemic is prevalent among the weak, meager, and emotionally distressed.  The population most affected by this disease is of course, you guessed it: squares. But has been diagnosed in an increased number of marks.Characterized by increased emotions, participation in dream commerce, and increase in overall thirst, the Drake Effect is highly contagious.  Infected individuals are oblivious to all symptoms. The CDC warns all Savages to avoid any person you observe exhibiting these symptoms and report them to the nearest Savage Health Official. Be safe and stay Savage."

My worst fears had been realized this ancient diseases has reared it's head. The Savage Surgeon General had only given a quick overview of this ailment, not to stir fear in newly initiated Savages. He completely overlooked that a particular group of Savages are way more susceptible to this sickness, those of a fare complexion.   The lack of pigment in the skin of this group of Savages makes them noticeably weaker when fighting off all squareborn diseases. It has been documented that the most concentrated levels of all things square can be found in the light skin population. Making this disease very dangerous to our light skin brethren and their naturally weak Savage immune systems. But any Savage can catch it due to the ever evolving nature of the disease.One minute you may be talking to a Savage about a mark and everything seems normal then he'll begin to talk about his Savage conquest and have a conversation like this:

"What's up with you and ole girl?"

"She be tripping. Still mad over some old stuff ."

"But I don't think she likes her self and that's where the problem is. I explained to her how her flaws make her beautiful and she has nothing to be ashamed of. I tell her that she should just be herself around me and she doesn't have to worry about being perfect because I'm not perfect nobody is. But together we can be perfect. You know?"

"I know nothing about that type of shit."

"I think it's my past catching up with me. I did some messed up stuff in the past and I feel like I still have something to prove.  So I still need to go out and be what my friends want me to be and show all these other girls and haters I made it. Even though I feel so alone out there and all I really want no need is her. I go out just so I can see her."

"Are you feeling Ok?"

"Yeah I think I just need some time to myself so I can find out who the real me is. So I can be the best man for her. <Take Care ringtone plays> That's her hitting me up now.You want to get mani and pedis with us my treat? I think I'm in l-"

"Shut up. I think you coming down with the Drake Effect. You need to visit a Savage medical professional immediately." 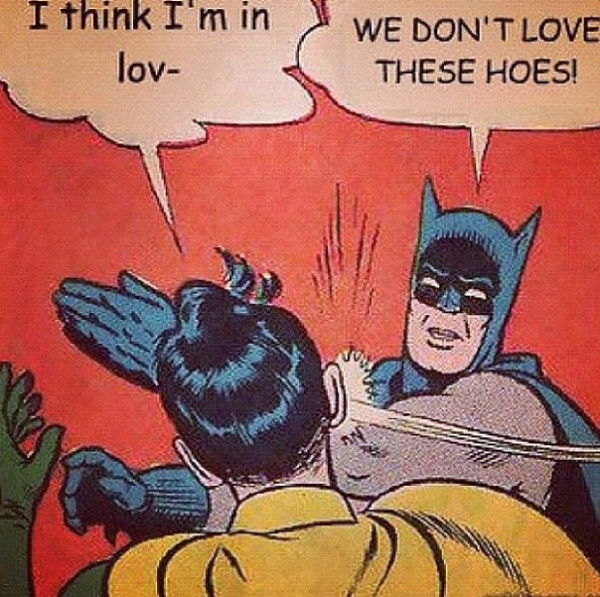 Terrifying isn't it? In order to properly educate you all on Drake Effect diagnosis, prevention and how to cure the affliction you must first understand its origin. This story has been passed though Savage generations in case the disease reached the same level as Squaritis. This is the first written account of the story.
The Drake Effect has not always plagued man; it was a punishment induced after an epic level of Savagery was reached.  Our story dates back to the rolling plains of Savagonia. As you recall from earlier entries, the keeper of the first golden ticket was a Wise Shepard. In his youth, he displayed heightened levels of Savagery all across the land. Marks from all corners of the land would come hoping to get choose by the Savage. All across the world men and women would tell the story of the Savage and his conquest. His legend became so great he began capturing the attention of even the Gods. Zeus himself would often hold court with the Savage where they would discuss the way of the Savage. It was through these meetings the Savage gained heavy favor of Zeus and granted him the ability of Savage Game. Granting him with remarkable intuition, lowered emotions, objective thinking, extreme cunning, adaptability, a strengthened level of confidence. Being introduced to this new way of thinking the Savage 's mind prevented him from ever boosting a marks morale, and being overly analytical on the meaning of love. This heightened level of thinking also enabled the Savage to embrace the Golden Oozaru within. This spirit was believed to be lost after nomadic Savages began to build villages. All inhabitants of Mount Olympus enjoyed the Sheppard but one goddess in particular took a special interest  Aphrodite,was the most intrigued by this man.Unable to ever get the Savage alone on Mount Olympus, to further investigate she took the form of an exotic woman; she had hair the color of granite, eyes that matched the hue and intensity of the roaring sea, encased in smooth olive skin that had been kissed by the sun. Features such as these discomposed every mortal she came in contact with. as she roamed Savagonia. Men would cower in her wake often too intimidated to speak let alone shoot at her, not true for the Savage. With his new found skills the Savage quickly new something was different. When he entered to local Mead hall all the Squares in town were flocked around a particular area. The Savage knew this could only mean one thing a top tier mark. He casually approached the bar aligning himself to be in view of the mark so he could properly assess the situation. The Savage grabbed his drink turned perpendicular to the mark and through his peripherals spotted this exotic beauty. Immediately he knew this wasn't any ordinary woman it had be a goddess. The Savage waited for the goddess in disguise to make eye contact with him. The minute Aphrodite gazed in the Savages eyes his inner Oozaru was awakened and he approached. No one knows what exactly what our hero said to Aphrodite but it has been described as the single most sellish and ludicrously high level of Savage game ever deployed. Many Savage Scholars believe a mortal woman would have been rendered unconscious and would be forced to remain in a coma like state for years from the sheer magnitude of this level of shooting. For a goddess such as Aphrodite it forced her into a daze, instantly causing her to reveal her true form. These words made the goddess ready, she could no longer resist and she quickly transported them both to her opulent palace on Mount Olympus. The Shepard did not hesitate and ripped the goddess to pieces this lasted for a full cycle of the moon. It is believed that several sexual positions were invented during this session. After they finished they were both forced into a deep slumber. Before he could get comfortable the Shepard's inner Savage clock awakened him. Allowing him to flee before the sun could shine on the morning dew. This is how one of the Sell Commandments came to be. Aphrodite woke hours later and reached to where the Savage laid. When she could not feel his presence, she fell into a rage. She peered down from Mount Olympus, only to see the Savage up to his turnt up ways, shooting on a new mark. Aphrodite could not believe that a mere mortal had smashed and dashed with such ease and tact.  To get back at the mortal she concocted a potion that would strip him of all Savagery and inflict him with what he feared most, Squaritis. To make this dreaded potion Aphrodite began gathering ingredients: A tear from every virgin in Savagonia, a tuft of unicorn hair, the drool of a puppy, butterfly wings, the sweat of 100 lurkers, essence of Squares and lastly a little sugar. After combining these ingredients the potion was created. So Aphrodite reemerged in the Savage’s presence and congratulated him on his conquest. As Aphrodite talked to the Savage the same feelings she had earlier returned she once again  thirsted for the Savage and began to think her punishment was to harsh. She proposed they return to her palace for round 2. The Savage declined saying "I have new lands calling me to explore, a man can not make new a place where he has already been."

The goddess couldn't believe what was just told to her. She attempted to keep cool but this was a difficult task. The goddess forced all the bitterness that was inside her out of her tear ducts and made this concentrated Bitterness the final ingredient to the potion she held. A celebratory drink she proposed to the Savage. “Take a shot for me” she whispered in his ear as she poured the potion into his glass. He partook the drink not knowing what he just consumed. Almost immediately he felt the Squaritis attempt to take effect. Luckily the Savage's antibodies were stronger than ever thanks to gifts  granted by Zeus. The antibodies in his immune system fought off a bulk of the disease. Unable to fully take hold of a Savage of such magnitude the Squaritis mutated into what we know today as the Drake Effect. The Shepard now became a carrier but not infected with this disease.  His Savage allowed him to suppress the contagious nature of the disease sparing the world. Aphrodite told the Savage he wouldn't be able to keep the world safe for ever that he will one day pass the sickness to the his children and then the world. The Savage would later have a set of twin boys one boy took on his father’s Savage nature and spread the Savage gospel the other embodied the Drake Effect. Unable to suppress this contagion he unleashed the disease on to the world.

It is impossible to fight a disease with out knowing it's origin. Now having the background of this sickness you can now be educated on diagnosis, prevention and a cure that will be covered in our next post. Until then be safe and stay Savage.

None. Study the Origin of the disease. Explore the contrast between the different listening.

Effects of the Drake Effect Listening: